Moorpark College Art Gallery is featuring a comprehensive exhibit of works by Joanne Julian. Julian is well-known for mixed-media drawings that combine realistic natural elements with flowing abstractions of line, shape and color. The exhibit features a wide range of works on paper that represent her oeuvre from the past 40 years of  her practice providing a journey of her development. Some of the examples dating from 1978-2000 include: surrealistic bouquets, Kabuki wigs, Zen circles, ravens, large scale botanicals, and starry skies. Thru January 25, 2023. 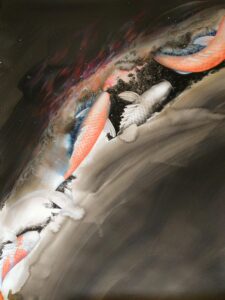 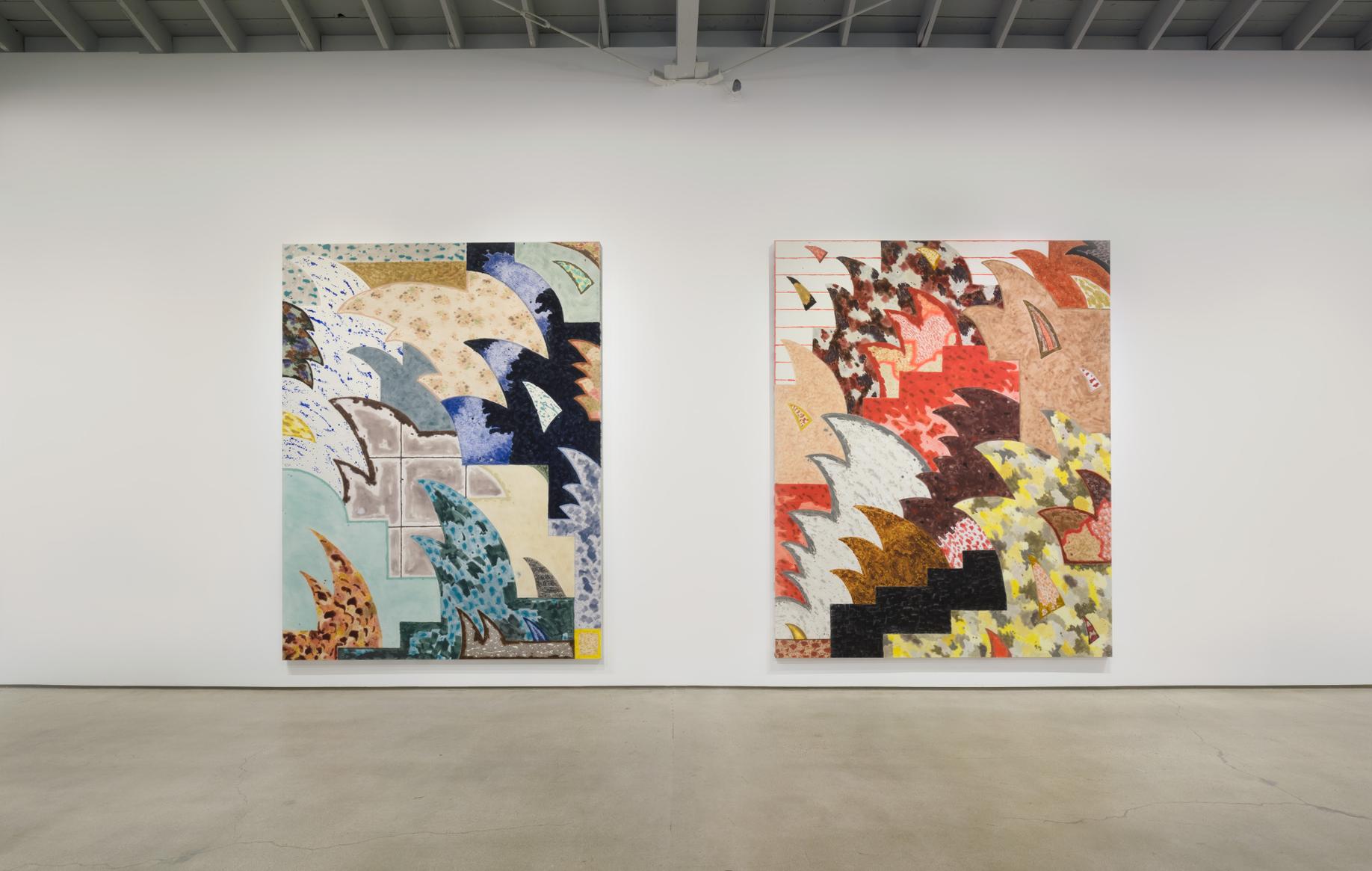 A survey of works from 2001-2022 by artist Rebecca Morris is the current exhibit at ICA (Institute of Contemporary Art). 30 large-scale abstract paintings in the exhibit showcase her progression of showcasing the artist’s progression of styles and rigorous commitment to experimentation and abstraction. Thru January  15, 2023.

Later this month, Mimi Smith: Head On opens at Luis de Jesus Gallery. Smith’s work was considered groundbreaking in the 1960s and certainly was influential on the Feminist Art Movement. The exhibition will present sculptures, paintings, and drawings spanning the 1960s to the present. She is known in particular for creating objects that “simultaneously engage the personal, domestic sphere and the larger socio-political context of our time.” January 14 thru March 4, 2023.

Honor Fraser gallery presents Future Sensitive, a solo exhibition of short films, soft sculptures, and kinetic installations by the filmmaker and body architect, Lucy McRae. “McRae’s genre bending, science fiction films and installations gesture to a speculative, not-so-distant future where advanced genetic engineering will enable humans to be grown in laboratories outside of the womb. The exhibition spotlights McRae’s dynamic capacity for world-building, and brings together a selection of her recent projects to ask how future technologies of design will fundamentally alter entrenched notions of human intimacy, reproduction, spirituality, and wellness. Can our technologies be more than a quick fix, and instead help us find strength in our imperfections? Can sensitivity be a guiding principle as we dream about the future? Future Sensitive cultivates these questions and asks us to trust in the unknown as we pioneer new aesthetics, new stories, and new ways of being together in the world.” (HF Gallery) Thru February 17, 2023. Lois Lambert Gallery will be exhibiting Françoise Sémiramoth:
Color as a Territory mid-month.  “Françoise Sémiramoth is now living in Marseilles, France but is originally from Guadeloupe, where she was inspired by the history and vivid colors on the island. She uses flat color and stylized shapes as her vocabulary, seeking to eliminate all traces of brush and gesture. Sémiramoth sought to create shadow without darkness and began reinterpreting Caravaggio’s compositions, using her own bright palette and infusing the works with the identity and history of the Guadeloupean people.” (LL) Guo Pei: Art of Couture is the current exhibit at the Bowers Museum.  Pei has carefully curated her own exhibition providing “a creative  journey that charts her rise as China’s ‘Queen of Culture’. Each gown not only underscores her unique ability to tap into China’s rich cultural heritage, but also an array of cultural influences from international arts, architecture and mythology. The interplay of female empowerment, strength and vulnerability are all reflected in exquisitely rendered couture. The exhibition is further enriched by the inclusion of a number of influential pieces from her highly successful and much lauded couture bridal wear, which makes its North American debut at the Bowers.” Each  garment is truly a  feast  for the eyes. Click here for a brief video walk-thru of the exhibit. Thru May 14, 2023. 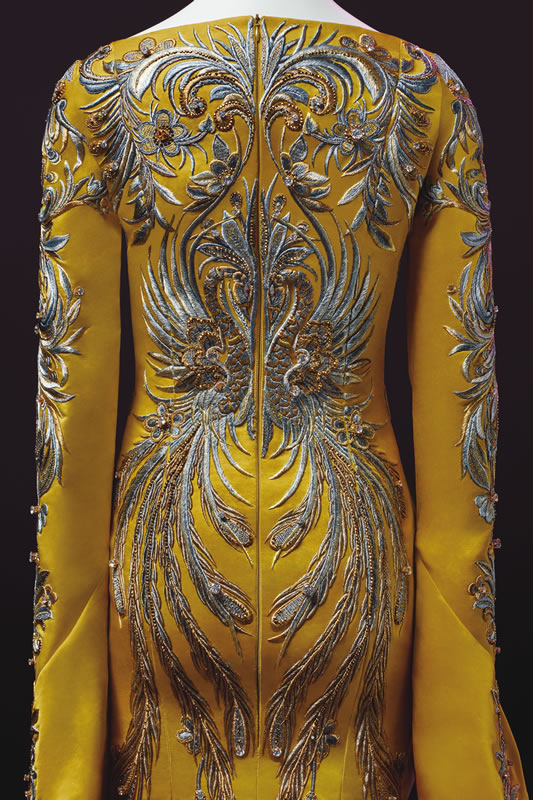 Paper, Stone: Six Women Artists and the Language of Lithography continues at the Norton Simon Museum. The exhibit features works by Ruth Asawa, Gego, Eleanore Mikus, Louise Nevelson, Irene Siegel and Hedda Sterne. Each woman received a two-month fellowship at the famed Tamarind Lithography Workshop, founded by the visionary printmaker June Wayne in 1960. Though each of the artists in this exhibition had already established her reputation in other media by the time of her visit—and only two had made lithographs before—they all found that lithography offered fascinating, new possibilities for exploring their aesthetic interests. Thru February 13, 2023.

Uta Barth: Peripheral Vision is one of the current photography exhibits at the Getty Center.  “Los Angeles–based photographer Uta Barth has spent her career exploring subtle changes of light as it illuminates various surfaces, documenting the passage of time and investigating the differences between how the human eye and the camera perceive the world. This selection of objects represents the most formative and critically acclaimed projects of Barth’s nearly 40-year career, including the debut of a new multi-part work commissioned by the Getty.”  (Getty) Thru February 19, 2023.

Tala Madani: Biscuits  is continues at MOCA (Geffen). This Iranian-born American artist is well-known for her contemporary paintings, drawings, and animations. The exhibit features 15 years of the artists paintings and animations.Madani’s paintings and animations are powerful meditations on the potential for art to reflect the deeply-seated cultural fears, conflicts, and desires of our present day. “Rich in narrative and heavy in irony, they elicit curiosity, fantasy, and repulsion.” Thru February 19,  2023. 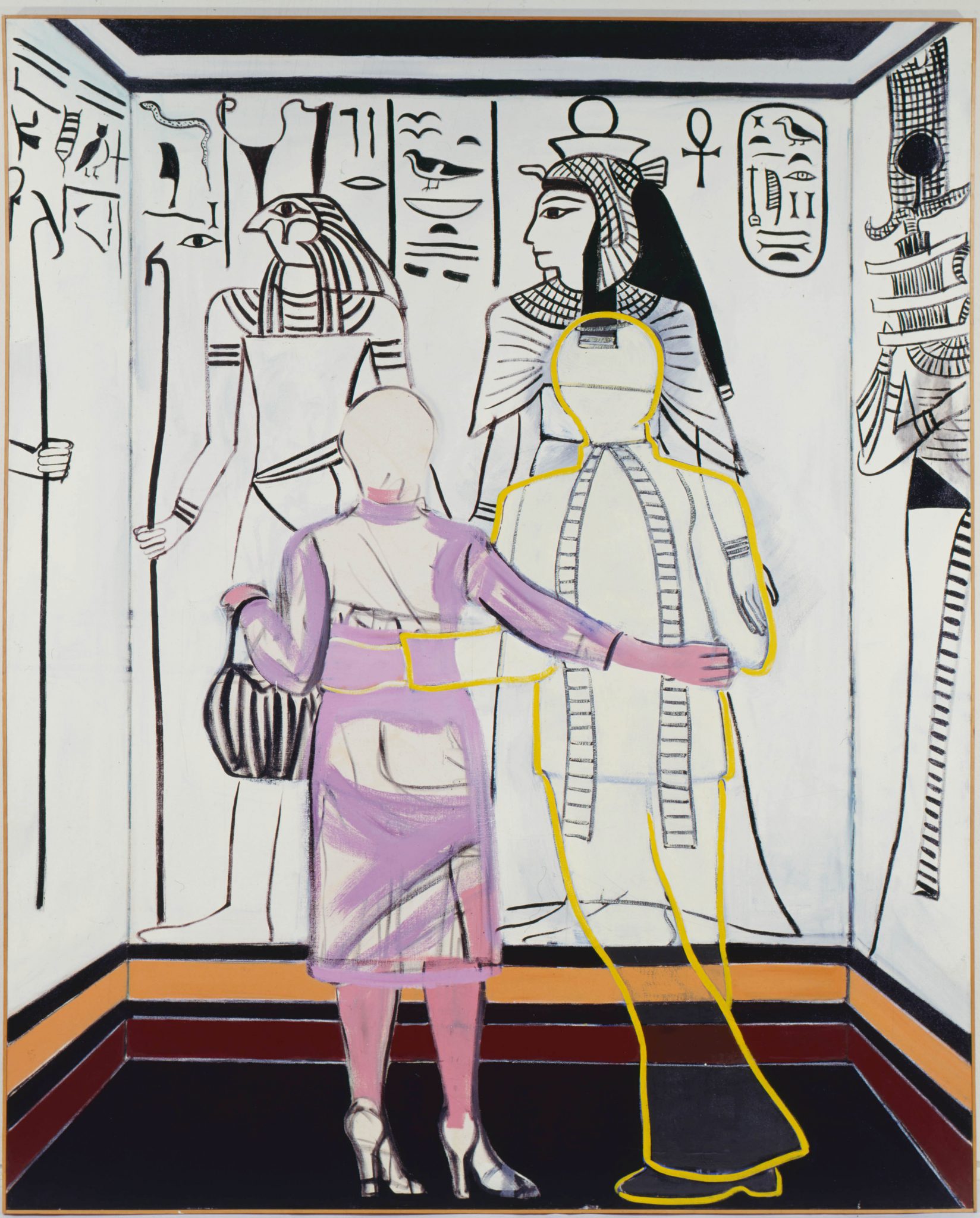 The Skirball Cultural Center’s current exhibit  is Fabric of a Nation: American Quilt Stories. This is  a traveling exhibit from the  Museum of Fine Arts, Boston. The exhibit features over 40 examples of American quilts (mostly by women) including Amish quilts, Gees Bend, Harriet Powers’ well-known story quilt as well as some outstanding examples by contemporary quilters. There are many visually stunning quilts here, however one should also be reminded of the political messages they carry. Thru March 12, 2023. 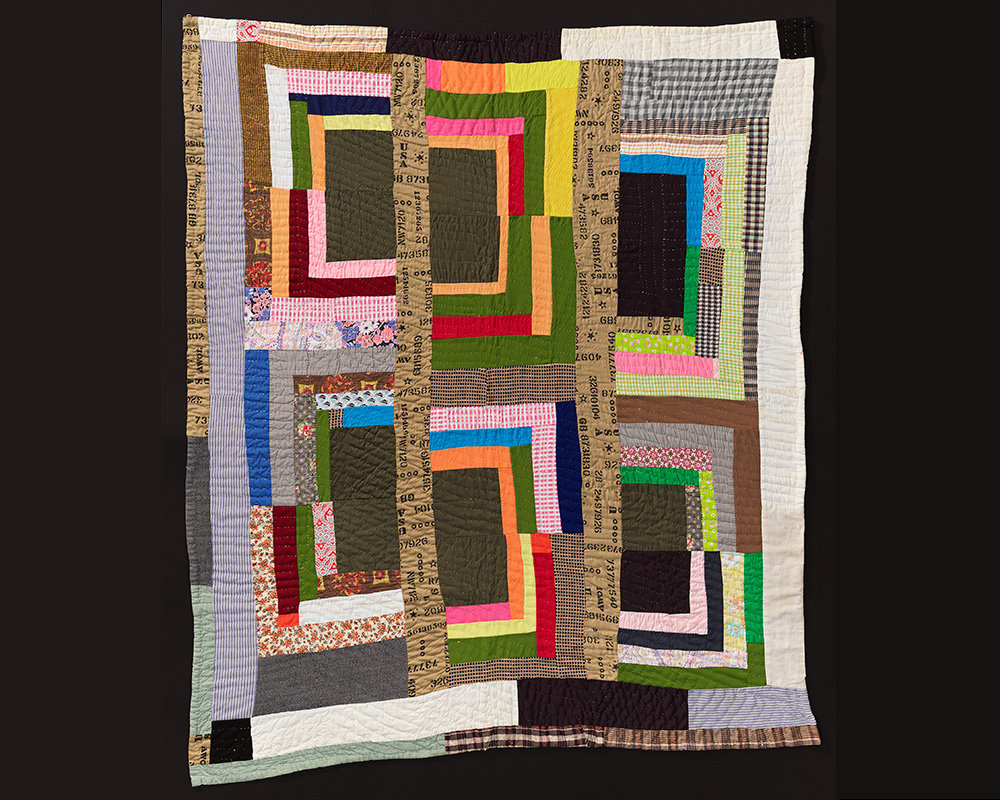 Opening later this month at MOCA Grand is an exhibition focused  on  the visionary artist, best known as a choreographer, Simone Forti.  The exhibition will highlight weekly performances of her groundbreaking Dance Constructions, featuring a cast of Los Angeles-based artists and creatives.  This exhibition surveys six decades of the artist’s incisive work, elucidating the breadth and depth of her practice through works on paper, videos, holograms, and performance ephemera and documentation. Featuring work from the 1960s through to the present day, Simone Forti is an homage to a towering artist who has forever reframed the dialogue between visual art and contemporary dance.  January 15 thru April 2, 2023. 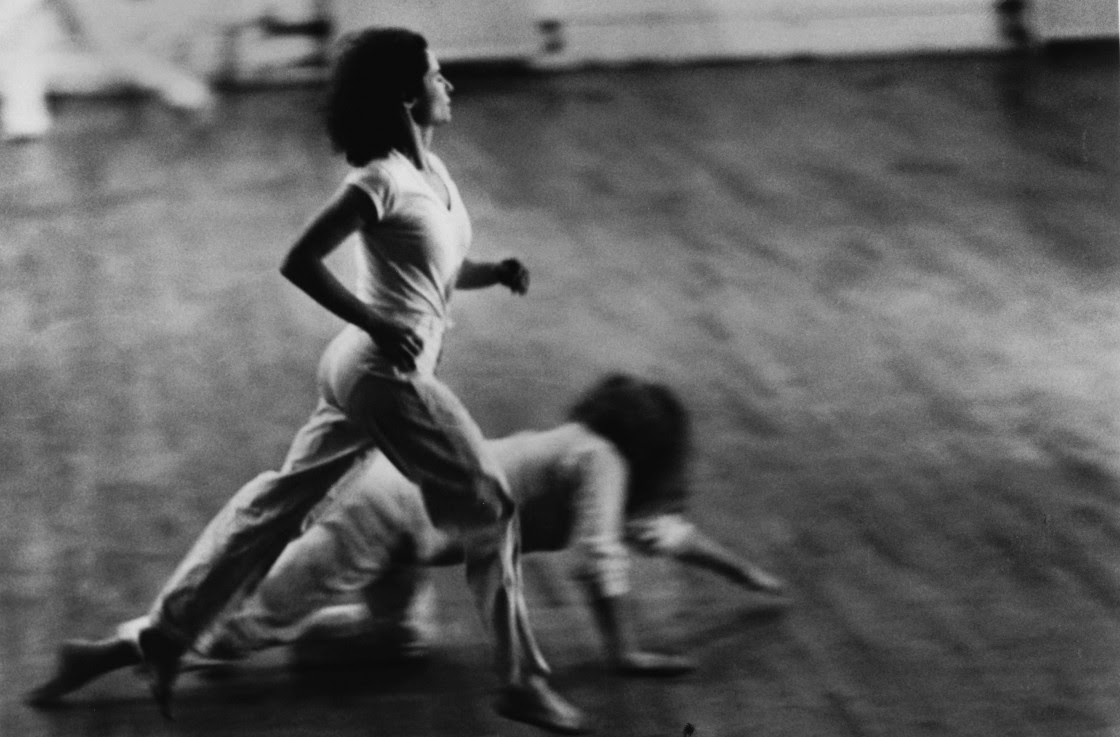