Catch this article written by Betye Saar in Town and Country magazine, “Betye Saar: Art and Motherhood Are ‘Both About Creation’.

If by chance you are driving down Wilshire Blvd. disgusted at the destruction of  L.A.C.M.A , turn your head in the other direction and catch the new work by Barbara Kruger on the exterior of Spreuth Magers Gallery. Untitled  (Who?) will be on display thru January  15, 2021.

The Armory Center for the Arts in Pasadena and the Benton Museum of Art at Pomona College, (formerly Pomona College Museum of Art) in Claremont are partnering to present Alison Saar: Of Aether and Earthe. work connected to myths and archetypes, invisible bodies and hidden histories, and timeless paradigms of grounding and transformation. Highlighting the dualities that are woven throughout her art, Alison Saar: Of Aether and Earthe explores and complicates the binaries of body and spirit, earth and air, personal and universal. a survey of Saar’s sculptures, installations, paintings, and drawings. The Armory will showcase work that suggests elements of fire, air, and aether, while the Benton will highlight work that emphasizes grounded, earthly, and watery qualities. Saar has created a new public artwork at Pomona College’s Benton Museum. The sculpture, a 12-foot-tall figure, represents Yemaja, a Yoruba deity, the goddess of all waters and mother of all living things. The exhibition of sculptures and paintings will also include studies and maquettes related to this new work, providing insight into Saar’s research practice and artistic process. I attended the Zoom launch of her new monograph/catalogue which is filled with images, amazing essays by invited scholars and wonderful poetry. Some of this was read at the launch, and I can only say like so much of Saar’s work it was spellbinding. The book is available on the Armory Website or on Amazon.
Exhibition at the Armory opening in 2021. Benton Exhibition thru 2020. 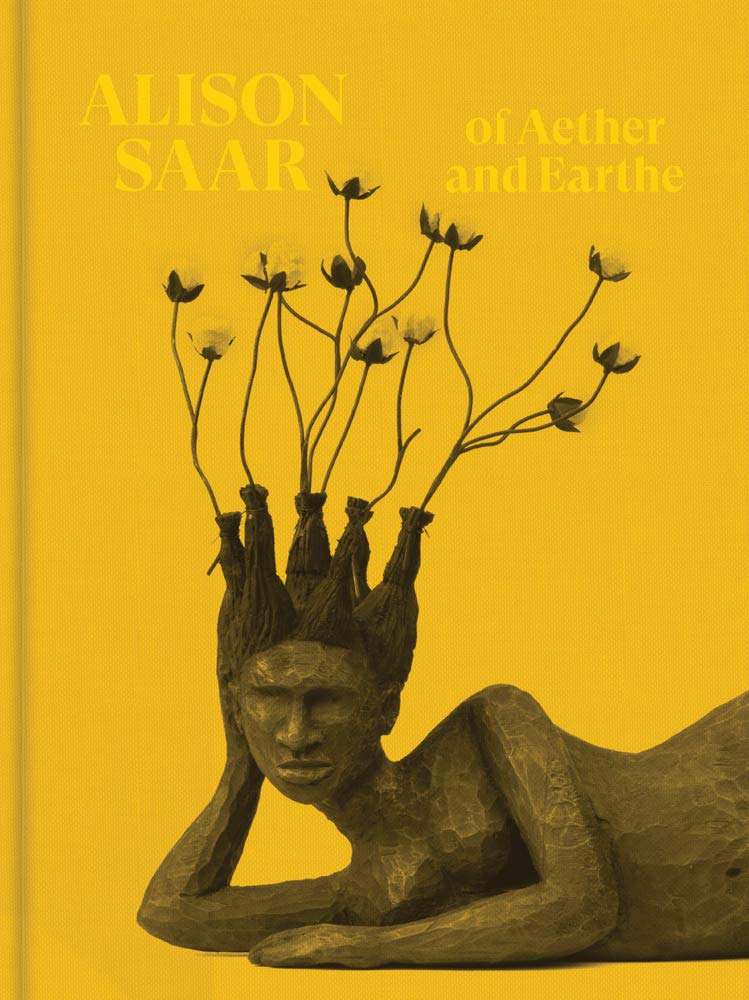 Folk’s work investigates the visual language of privilege, power, and whiteness in the United States through problematizing the aesthetics of mid-century furniture, home décor, and landscape design. The clean, utilitarian lines that notoriously embody mid-century design are disrupted with hairy silicone forms and kinetic elements. The silicone forms are manufactured using materials and methods prevalent in the reborn doll community – an Internet-based grassroots DIY culture that produces hyperreal newborn baby dolls. These forms offer a meditation on the fraught relationship between modernism and corporeality, and present material practices identified with post-modern domesticity and female innovation. References to the Salton Sea (California’s largest lake, an accidental and booming vacation oasis in the 50s, and now an environmental disaster) throughout the work serve as a metaphor for the inevitable and necessary decay of enigmatic American myths. Mid-century design champions an understanding of materiality and an appreciation of craftsmanship, but is born of a history and ideological era occurring before the Civil Rights movement, before the Voting Rights Act of 1965, and before the victories of second-wave feminism. As art, design, social ideology, and politics are inextricably linked, Folk asks us to consider what it means to continue to curate these objects into our built environments and online identities. Thru November 21, 2020.

Thanks: Collage Works from the 1970s by Rachel Rosenthal (1926-2015) is the current exhibition at Roberts Projects. The exhibition features never before exhibited collage works from the 1970’s documenting Rosenthal’s autobiographical reflection of a pivotal time in her early artistic development. The show takes its title after the artist’s second performance at Wilshire Plaza West, Westwood, California (1975), in which she thanked those who had actively done something important for her, with the audience participating in the familiar roles of “father,” “mother” and “friend.” The performance marked the year of her mother’s death, twenty years after her father’s. At the end of performance, each of the participants received a small box containing a unique miniature collage work from the artist. “Thanks was a piece that also used people and animals that I had known and with whom I had had dealings that required gratitude, both sincere and ironic, and that for one reason or another I had never had a chance to thank. And so I used people in the audience—gave them a lit taper and turned them into the particular recipient of my gratitude and then I explained what the reason was for the gratitude and I thanked them and I gave them a little present each. And with each instance, of course, some relationship or some event in my past surfaced.” (Rosenthal). Thru December 12, 2020. The Lancaster Museum of Art and History is highlighting the work of Debbie Korbel in the exhibition The Sum of Its Parts.  The finished sculpture has more value and meaning that the many disparate components that comprise it — this is what Debbie Korbel hopes to achieve when she sets out to create her assemblage sculptures. Korbel creates her sculptures by combining her original sculpted elements with an assortment of objects she has collected. Often the initial impetus for the sculpture occurs when she finds an interesting fragment of metal or wood and then the idea takes root and evolves from that single catalyst piece. Every sculpture is like a puzzle for which Korbel finds and fits each seemingly unrelated piece together in its more expressive form to create something new. Thru December 6, 2020.

Samantha Greenfeld: Odds & Ends is the current exhibit at James Wright Gallery in downtown Los Angeles. Comprising three sculptures and six works on paper, the exhibition chronicles Greenfeld’s ongoing investigation of our relationship with and definition of “trash.” The artist utilizes discarded objects to create arrangements that are both a celebration of human production and a forewarning of materialistic collapse. Thru November 21, 2020. 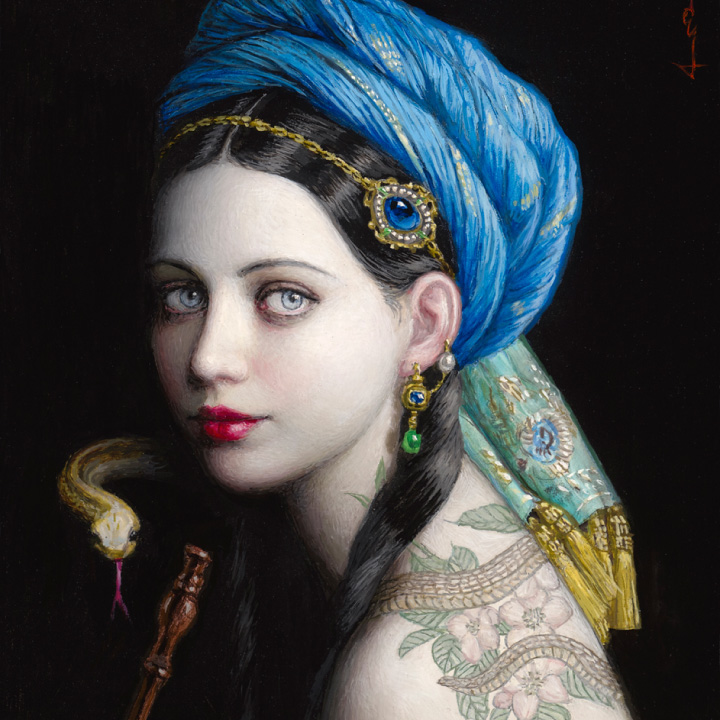 Corey Helford Gallery presents Chie Yoshii: Myths. The Japanese artist’s oil paintings are painted meticulously reminding me of traditional Flemish paintings in which the details are so carefully rendered. This however is a series of portraits of female archetypes embedded with symbolism. These images embody contradicting elements such as novelty and nostalgia, innocence and sensuality, and strength and fragility, mirroring the complexity of our psyche. November 14, 2020-January 9, 2021.