This “Woman Around Town” was fortunate to see some awe-inspiring art this past weekend. It all began in the arts district at Hauser, Wirth and Schimmel gallery.  Several of the gallery’s spaces were filled with the work of the late Austrian abstract painter Maria Lassnig. This survey of Lassnig’s oeuvre provides work from the 1950s to the end of her life. The work ranges from her early experiments with abstraction to her integration of the figure. Lassnig is known for her theory of “body awareness” that includes abstracted self-portraits. For example, she represents the human form with distorted or truncated limbs, noses turned into pigs’ snouts or mouths with shocking facial expressions. The “body-awareness paintings” transformed figures into expressions of her physical sensations, as the artist once explained: “the only true reality is my feelings, played out within the confines of my body”.  Thru 12/31/16. 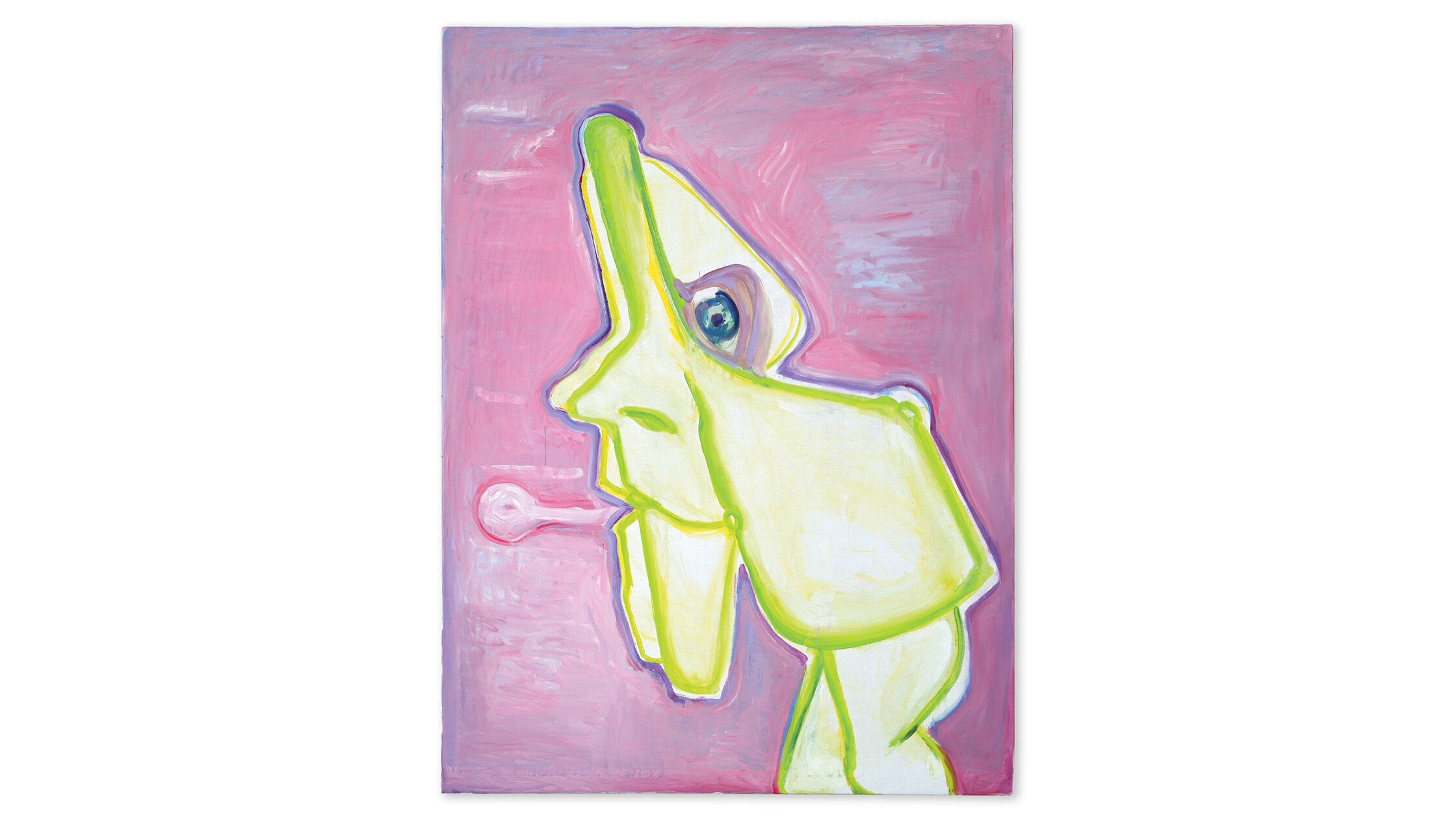 Just a couple of blocks away is Box Gallery now featuring the work of well-known performance artist Barbara T. Smith. “Words, Sentences, and Signs” includes works dating from the early 1960s to the present revealing Smith’s passions and processes. From the examples in this exhibit, one can clearly see the importance that language plays in her work. For example, letters function as a means of expression, alongside images collaged into books, painted, or drawn with pencil, along with objects gathered together from actions and scenes created with the body. Smith explains: “As I worked on the most recent series of photographs, ‘The Westside, A Blessed Time’, I discovered that over many years I had created a lineage of structures that had to do with language itself: words, sentences, and  signs. What was I trying to say? I see now an elusive trail of meanings and forms that were not an attempt to communicate with others so much as to find a way to listen to myself, to plumb and record the emergent perceptions of my consciousness…” Thru 10/29/16.

The evening commenced at Susan Joseph’s Groundspace Project. “Fantastic Feminist Figuration” curated by Betty Ann Brown and Wendy Sherman is indeed fantastical! The exhibit features the work of 7 daring, skilled and imaginative So. California artists: Jodi Bonassi, Bibi Davidson, Enzia Farrell, Laura Larson, Deirdre Sullivan-Beeman, Tslil Tsemet, and Lauren YS. The female figure is featured in many of the painters’ works here. Relationships between the women and their animal companions stand out. For example, Davidson’s bold self-portraits are accompanied by a feline pet. Depicting her “girl” with the signature red hair, she draws in viewers with her whimsical style.

The intricate, carefully rendered and familiar faces found in Jodi Bonassi’s mulitifigural compositions remind us of the importance of connecting with others, be they humans or the animals that meander throughout our lives (she seems quite found of giraffes). The haunting and delicate work of Deirdre Sullivan-Beeman’s figurative pop surrealist paintings are quite reminiscent of fairytale images from the past. Their dreamlike quality is created using a 14th c. technique of combining of egg tempera with oil.  Sullivan-Beeman is inspired by the writings of C.G. Jung and his theories of the collective unconscious as well as her own dreams. The central theme in her work is how religion, mythology and irreverence merge. Using mainly female subjects she enchants her viewers with images that are simultaneously chilling and beautiful.

For the true animal lovers are the intricate bronze sculptures by Laura Larson. These medieval robed monks are hybrid creatures with the heads of rat, bear, and lion on reverent religious figures. Larson is clearly concerned with our relationship to nature and to our animal co-inhabitants. Thru 10/8/16. Exhibition hours: Fri. & Sat.; 1-6 p.m.

Overall, the evening confirmed my view that there is continually stimulating artwork by women being exhibited in So. California.